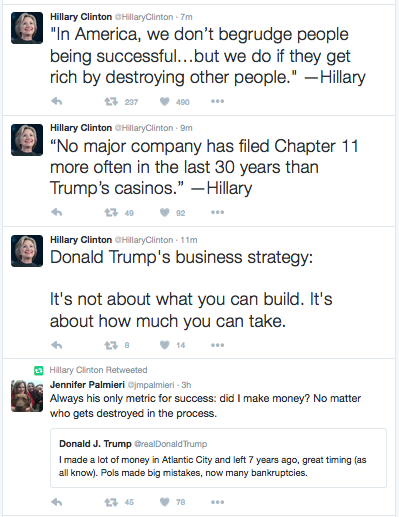 Eventually, her social-media team issued one platitude acknowledging Sterling’s killing at police hands. After Philandro Castile’s killing by the police, she doubled down on sympathetic words. But leaders do more than speak in platitudes; they make plans. And they fight for them.

Hillary Clinton has a plan for criminal justice reform. Why isn’t she shouting it from the rooftops? Why is she offering empty words of condolence and talking about the continuing police killings as if they’re a predestined (and therefore unavoidable) “tragedy”?

Leaders don’t just offer thoughts and prayers. Leaders lead. Tell Hillary Clinton that she needs to speak up, speak out, and speak LOUDLY about a day-one plan to curb police violence, ensure civilian oversight, and stop this ongoing assault on black people in the United States.